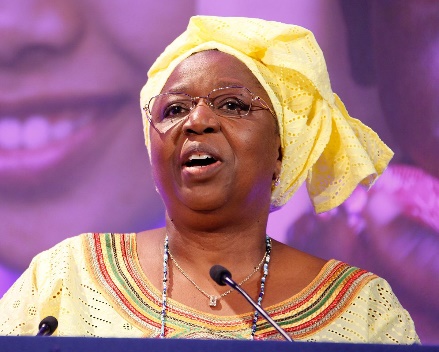 Minister of State to the President of Senegal

At International level, she was Executive Director of the Roll Back Malaria Partnership (RMB) from 2004-2011 and served as Director of the UNAIDS Department of policy, strategy and research and finally Country and Regional Support from 1996-2001. Specialist of infectious diseases and bacteriology-virology, MD, PhD, she was leading the Department of infectious diseases at University Cheickh Anta Diop of Dakar-Senegal, before starting her international career.

Dr Coll-Seck is on the Board of Directors of the Partnership Roll Back Malaria to End Malaria, on the Scientific Council of University Cheick Zaid (Marocco) and the High Level Steering Group for Every woman, every Child, Clinton Health Access Initiative. She is also a member of the Jury of the ISA Award for Service to Humanity of Bahrain and member of the 3rd Jury of the Noguchi Prize Africa, for the recognition of outstanding achievements in the fields of medical research and medical services in Africa to fight infections and other diseases.

She has been serving on the Lancet Commission on the Future of Health in Africa and the Guttmacher-Lancet Commission on Sexual and Reproductive Health and Rights (SRHR). Minister Coll Seck co-chairs also the WHO/UNICEF Commission for the Realigning Child Health for the Sustainable Development Goal Era.

She has received numerous awards, including those of Knight of the Order of Merit of Senegal, Burkina Faso and The Gambia. Prof. Awa Marie Coll has also been awarded the Palmes Académiques, the French Order of Merit and Legion of Honor. She was awarded “Best Minister of the World” in Dubai in February 2017 at the World Summit of the Government. She is an honorary member of the Academy of Science and Technology of Senegal and the French Academy of Pharmacy. She is the author of more than 150 scientific publications.