Since 2010, people living in the Guiana Shield have regularly been affected by viral epidemics spread by the Aedes (or tiger) mosquito. To reinforce our efforts in the fight against vector-borne diseases in the region, the French Red Cross’ Regional Intervention Platform for the Americas and the Caribbean (PIRAC – Plateforme d’Intervention Régionale Amériques-Caraïbes) has launched the REMPART project. This acronym stands for Réseau d’expertise et mobilisation participative, or “network for expertise and collective action”. In this article, we get some more explanations from PIRAC’s head delegation officer Sandy Veerabadren.

According to the WHO,
mosquito-borne diseases such as yellow fever and malaria
cause more than 700,000 deaths a year.

Can you give us a brief idea of REMPART’s objectives in the fight against vector-borne diseases?

Dengue fever, chikungunya, yellow fever, zika and local outbreaks of malaria are all epidemics spread via the same vector – mosquitoes – and they all have a significant impact on people’s health. French Guiana and the other countries making up the Guiana Shield (Suriname, Guyana and Brazil) are all regularly subjected to viral epidemics that can lead to severe complications or even death. The REMPART project against vector-borne diseases was launched by PIRAC in February 2018 with the aim of bolstering preventative measures, reducing the risk of epidemics breaking out in communities, and improving local crisis-response capabilities to limit the impact on local populations. To achieve these goals, the French Red Cross wants to draw on local countries’ technical and scientific expertise and implement training and preventative measures in the heart of communities, in urban areas and villages.

In January, as part of the REMPART project, PIRAC invited experts to a regional conference in Cayenne. Who took part and what were the objectives of this event, which was the first of its kind?

It’s fair to say the conference was a completely new venture in several respects. Firstly, it provided an opportunity to lay the foundations of a regional network of experts and practitioners fighting against vector-borne diseases because it brought together several French and international organisations and institutions, both national and inter-governmental. These included the Guyanese and Surinamese health ministries, the French Guianan national authority, the Regional Health Agency (or ARS) and the French Guianan branch of the Institut Pasteur, the national Red Cross societies of Guyana, Suriname and Haiti, and international organisations such as the Caribbean Public Health Agency, the World Health Organisation, and the International Federation of Red Cross and Red Crescent Societies (IFRC). We unanimously emphasised the major public health risk that epidemics pose in these countries, as well as the importance of confronting this risk through cross-border cooperation. After all, as several speakers pointed out, mosquitoes don’t respect borders and neither do vector-borne diseases. It’s now up to us to keep sharing our expertise, and structure the ways in which we can work together.

Why do you think a community-based approach is essential?

Collective citizen action is a crucial aspect. As Mr Sardjo, the representative of the Surinamese Ministry for Health, put it, if we don’t get communities involved, we will fail to beat epidemic diseases. This has been shown in epidemiological research by the Guianan branch of the Institut Pasteur. We were given access to really excellent knowledge, especially from various associations that sometimes work in very remote areas with very isolated groups of people living in river basins, forests or on the precarious edges of towns. Because of its expertise in community action, the Red Cross has an essential role to play in the fight against vector-borne diseases. 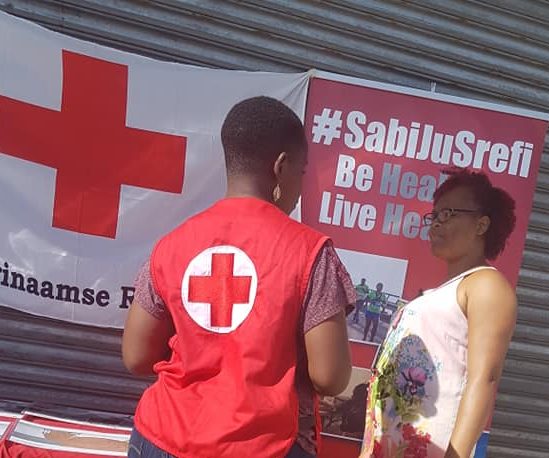 You can find all the information on the theme “Preventing epidemics: a community- and public-health-oriented approach ” by following the link